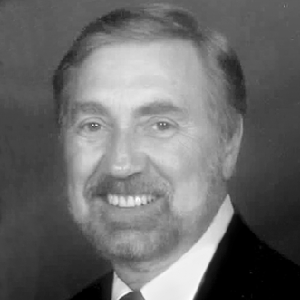 Dr. Chuck Mistretta received his degree in High Energy Physics from Harvard University in 1968. He has been doing research in medical imaging since 1971. His group was responsible for the development of digital subtraction angiography (DSA) which was commercially introduced in 1980. His research has focused on time resolved angiography and has resulted in the introduction of accelerated imaging techniques such as TRICKS, VIPR and HYPR. Emphasis has been placed on the development of accelerated MRI methods using sparse sampling which significantly violates the traditional Nyquist sampling theorem, the use of non-Cartesian acquisition trajectories and the application of constrained reconstruction techniques like HYPR and its derivatives.* Acceleration factors as large as 1000 have been achieved in selected MRA applications. These techniques have recently been extended to many areas of medical imaging such as PET, photoacoustic tomography and X-ray CT where dose reductions of ten have been reported by several groups for perfusion studies. Recently, fundamental mathematical advances by other groups have provided a firm explanation of why these acceleration factors were possible. Recently, Dr. Mistretta and Dr. Charles Strother introduced 4D DSA, an X-ray technique which adds an additional dimension to traditional DSA by producing a time series of 3D image volumes at high frame rates. Dr. Tom Grist, Chair of Radiology, describes Chuck as having had only two incredible ideas in his whole career, and clarifies that they were both the same. Dr. Mistretta is a Fellow of the AAPM, AIMBE, and ISMRM. He has received the Laufman Greatbatch Prize for the development of DSA, and the J Allyn Taylor International Prize in Medicine. He was recently the recipient of the 2010 Technology Achievement Award by the MIT Club of Wisconsin. Dr. Mistretta has generated 33 issued US patents with 13 additional patents pending. He has mentored 33 Ph.D. students and 23 postdoctoral associates. Dr. Mistretta's priorities include family, fishing, golfing and music. Chuck plans to retire as soon as elephants learn to fly. * CA Mistretta, Undersampled Radial MR Acquisition and HYPR Reconstruction: Potential Medical Imaging Applications in the Post Nyquist Era , JMRI, 29:501-516 (2009).